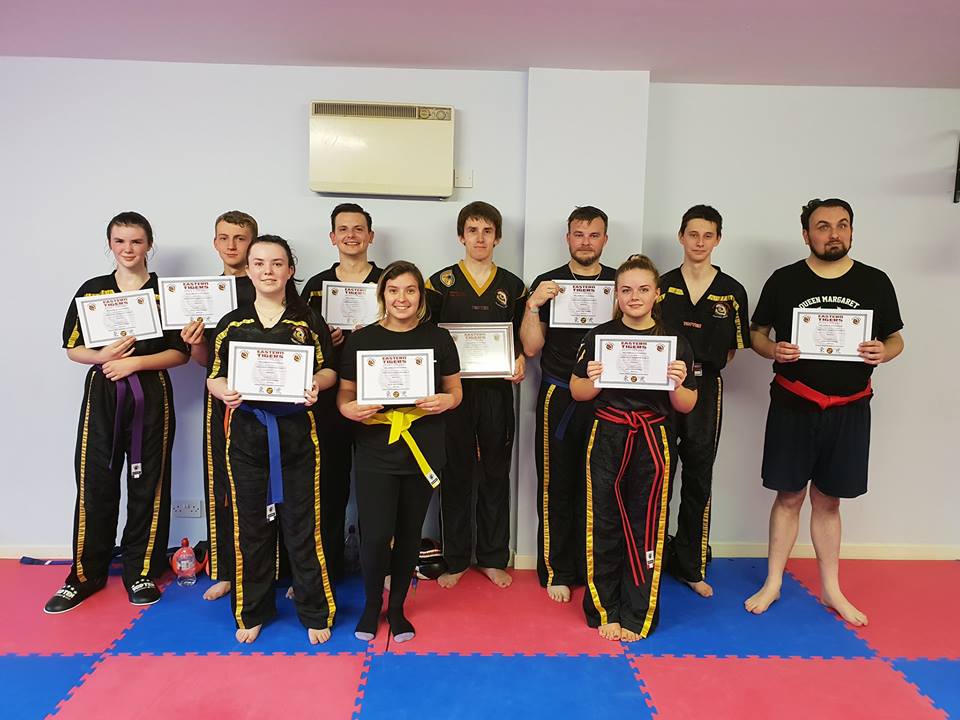 It’s been a crazy few months for the club (hence the lack of blog update!) but we’re back on top of things… we think!

The end of August saw an important grading take place for Eastern Tigers. From our youngest to our oldest students, everyone did incredibly well but it was with great pride that Sensei John was able to present two of our hardest working students with their black belts.

Harry Woolloff is the first student from Huntly to reach Junior Black Belt and took on his two-hour solo grading with the spirit and determination of a true black belt. 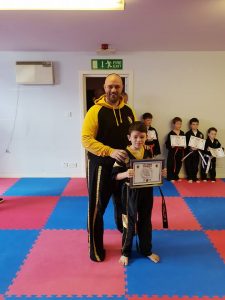 Despite taking a break from kickboxing, Thomas Pirie returned to Buckie a couple of years ago and has been focussed and determined ever since. His incredible fitness level meant that he managed his five-hour solo black belt test (although he did confess to still being in physical pain four days later!) 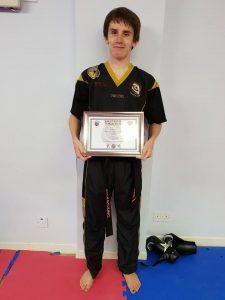 Alongside Harry and Thomas, here are the rest of the gradings: 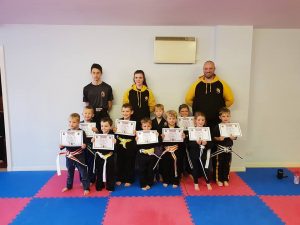 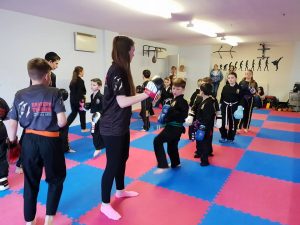 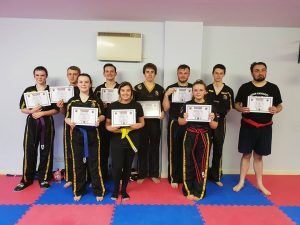 September saw one of the UK’s most decorated fighters, Chris Aston, head to Buckie for a seminar with a handful of our fighters. The turnout wasn’t great so we’re going to work on how best to run these events in future, as those who attended definitely felt the benefit of close tuition with such an incredible fighter. 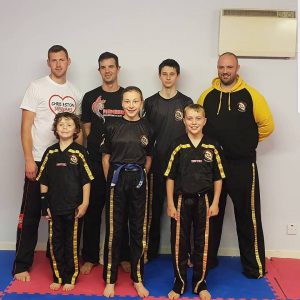 The club also headed down to the WKA Everlast International tournament in Motherwell, featuring fighters from all over the home nations, and returned with a brace of medals. New black belt Thomas Pirie won gold in his continuous category and silver in K1, with Niamh Mariner taking silver in Points despite being put up an age class meaning she was fighting much more experienced kickboxers. 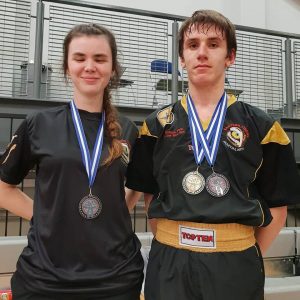 As you can see, there’s been a lot happening! We’re hoping to keep growing our numbers and want to make sure we’re developing as a team, so will be looking at more fundraising activities over the coming months to further raise the club’s profile.

Stay tuned to our social media channels for updates!