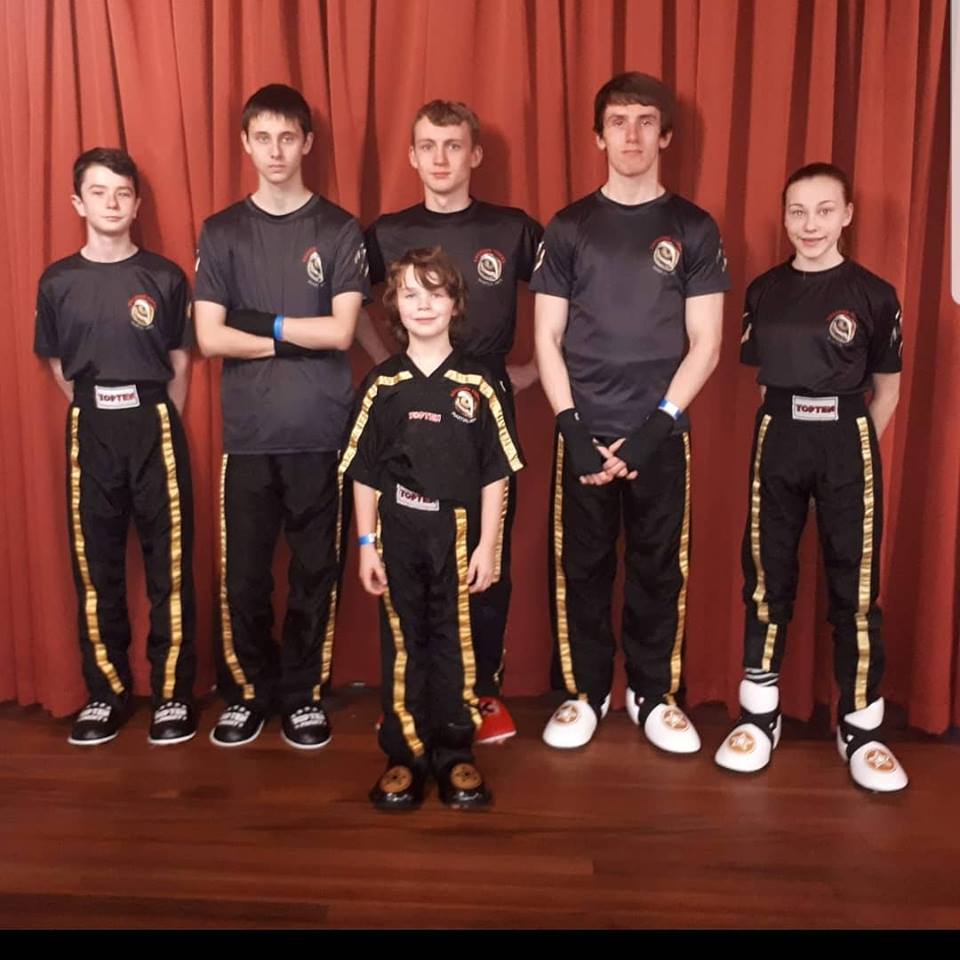 On November 18th six of our fighters took the short journey to Elgin for the WOMMA Scottish Championships. As it was our last tournament of 2018 we were determined to add to the silverware cabinet. It turns out we might need a new cabinet…

Calum Coutts-Trotter (aged 10) took bronze in Points fighting despite getting hurt in his second fight. He regained composure and showed true tiger spirit by fighting his way to third.

Thomas Pirie (aged 17) not only won gold in his Points category but also Continuous making him a double Scottish WOMMA champion. 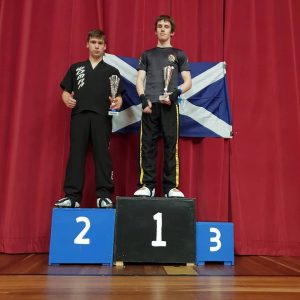 Although he’s the newest fighter of the squad, Owen Elmquist (aged 18) won bronze in Continuous and only just missed out in Points against fighters with significantly more experience. 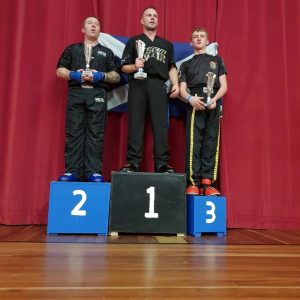 Rhuraidh Barclay (aged 13) took bronze in Continuous and narrowly missed a podium finish in his points category against older and bigger fighters. 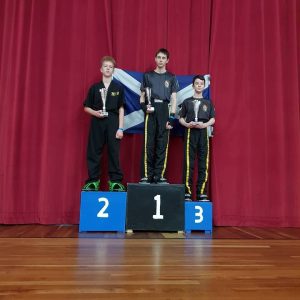 Scott Raffan (aged 15) won both Continuous and Points in this category comfortably, meaning he too left the event a double WOMMA Scottish Champion. 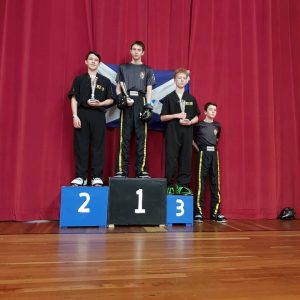 Cara Coull (aged 14) fresh from her appearance at the Worlds Championships in Dublin used some superb kicking to claim gold in Points fighting and bronze in Continuous. 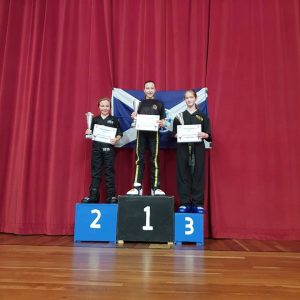 It was an incredible haul for the team and testament to the hard work and effort they have applied to their training over recent months. Although there are no more tournaments this year there is plenty more training, with our next grading taking place on November 30th-December 1st.

And don’t forget to visit our bottle stall at the Buckie Christmas Kracker on December 1st!